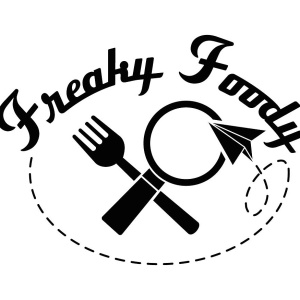 It’s been a month since when we came back to Barcelona. Now, it’s the right time to share the best recipe we have discovered during our gastronomic wonders around Norway.

Hardangerlefse can be translated as “flatbread from Hardanger” and we discovered it in the Norsk Folkemuseum in Oslo.

We tried it when it was still a bit warm and with a bit of butter on top (butter: isn’t it the Nordic ambrosia?) and we have to say that it was perfect in its simplicity. Next time we’ll make it by ourselves we’d like to try few experiments adding maybe some crème fraiche and homemade berry syrup….mmmh sounds overwhelmingly delicious!

Apparently it comes from the Vikings times, which makes it even more interesting for a Mediterranean food explorer. The dough it’s not difficult to make, but there is only one tricky thing about its preparation: it needs to be worked with a traditional Lefse rolling pin…and that it’s not easy to find outside Norway.

After a further research we found out that there are actually several variations of lefse depending on the different regions of Norway. For instance the Tjukklefse or Tykklefse is usually served along with a good cup of black coffee (do you know that Norwegians are totally obsessed by coffee?). The Tynnlefse instead is way thinner from the one we have eaten; while the Potetlefse and Potetkake are made adding potatoes to the others usual ingredients. Another variation is the Nordlandslefse, the favourite one of the fishermen from the fascinating Lofoten islands.

First work the eggs together with sugar and melted butter. Once the mix become smooth add the kefir (a fermented milk drink from the Caucasus). Take another bowl and mix the sodium bicarbonate with a bit of flour and add it to the rest of the dough. Add all the flour little by little, while you keep mixing, until the dough gets thicker. Work the dough and then divide it into smaller round balls.

Put some flour on the table before starting to make the flatbread shape in order to avoid that the dough sticks to the surface. Extend each piece of dough with the rolling pin (well, even if it’s not the original Norwegian one I guess it wouldn’t make much difference…otherwise go there and get yourself a souvenir!) until it gets round and thin. Now you can start cooking your lefse using a large pan previously heated at the highest temperature possible: in this way it will get its signature burned colour.

Once your lefse will be ready remember to serve them with butter and everything else will come up to your creatives’ minds! 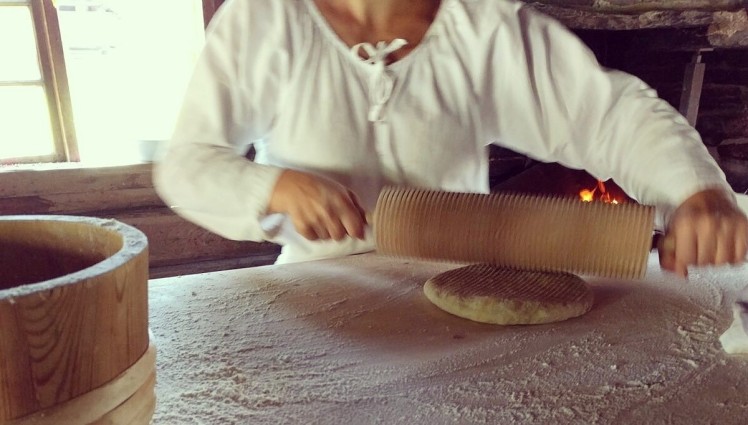